What is TaiChi Arts? 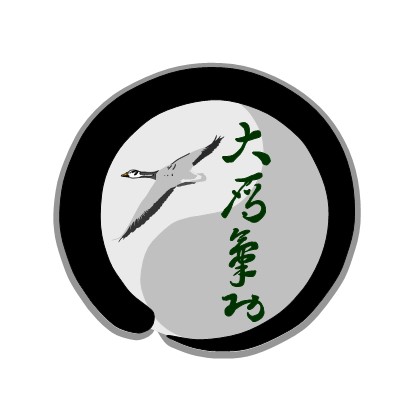 TaiChi (Taiji) translates as the Supreme Ultimate, the source of all things in Taoist cosmology. All of those “things” are energy in some form, literally “every thing is energy”. The internal arts of China have their roots in this basic principle.

The flowing halves of the TaiChi symbol (Taiji Tu) depict the two basic creative energies of Yin and Yang. The TaiChi symbol represents the ever changing balance of energies that give form and motion to our universe.

Examining the Taoist cosmology, we see a mix of constantly changing energies. These energies define our lives, from the material aspects to mental and emotional – it’s all energy. Everything is energy, this is a foundational principle of the Internal Arts. If we can understand our own interactions with the energies around us and train ourselves to live in harmony with those energies, then we have a path to a healthier more fulfilling life. A further aspect of that path is the concept of Wuwei – doing by non-doing. Wuwei is achieved by tracing the path from Taiji back to the source, to Wuji and beyond to the Tao itself. Another way to say this is that the path connects us to the consciousness of the universe. That path is what we study at TaiChi Arts.

The Wild Goose system that we teach includes both healing and hurting – they are two sides of the same coin, each side supporting the other. In this regard the martial benefit, the ability to defend yourself, is  only the tip of the iceberg. One of the first things to understand about both the healing and hurting arts is that everything is energy and that energy seeks a balance. When healing, we want to balance our energy systems and those of the people we are helping. In combat or self-defense, we want to unbalance the energy systems of the opponent(s). To be most effective in a martial sense, the practitioner must first heal themselves. Our studies, which are based on the Wild Goose internal system, focus first on healing.

Next, we have to appreciate our position as a generator and user of energy. We are a living matrix of energy – electricity, heat, light, magnetism and the physical manifestations of energy as speed, power and force are all parts of the human energy system. We create, and have the ability to impact, many forms of energy.

The physical side of things is easiest to understand. Make strong muscles, stretch to be flexible and have a full range of motion in your movements. Movement requires physical balance, which can be gained through practice of various body configurations. These things are easy to see and relatively straight forward to develop.

The more difficult concepts come from the laws of quantum physics that underlie the internal arts. We generally begin to understand these concepts through Classical Chinese Medicine. What we learn is that the gross physical aspects are supported by very subtle energies. Taken a piece at a time, these subtle energies (qi and jin) may seem small compared to the physical force we can generate. However, when we learn to use all of these subtle energies, their cumulative effect is significant and they enhance (and even supercede) the use of physical energy.

Classes at TaiChi Arts are all about training ourselves to be efficient users of energy. This involves removing accumulated stresses and learning to use the human body as efficiently and effectively as we can. This is done by utilizing a unique Chinese healing and martial system called Wild Goose (Dayan in Chinese) Qigong. This is a very old system that actually predates the systems that have traditionally been defined as TaiChi Chuan. Is it TaiChi then? Yes. And it is also Qigong, and BaGua, and GungFu and Meditation and more. The Wild Goose system begins in qigong (energy work) and branches into meditation, healing and martial applications.

A traditional way of describing TaiChi Arts would be to say that it is about understanding the Tao – understanding and utilizing the energies of life.